North Carolina is lucky not only to have more brigades per capita than any other state, but also to have a network of strong personal relationships that connect them. On top of that, the proximity of Triangle-area brigades to one another helped foster early inter-brigade collaboration, a tradition strengthened recently by Greensboro and Asheville in their work on the NC reentry resources hub. No formal state-wide association of NC brigades has existed, but there has long been a sense that such a thing might be a good idea.

On Saturday, December 9, 2017 representatives from Code for Asheville, Code for Cary, Code for Charlotte, Code for Durham, Code for Greensboro, and Code for Raleigh gathered in a snowy Greensboro to talk about whether Code for NC should be a thing and, if so, what sort of thing it should be.

The goal of Open NC is to connect, support & strengthen NC brigades and help them extend their benefits to the entire state. We want to forge deeper connections between members of different brigades, make it easier for brigades to collaborate, and support projects like Open Data Policing and the NC Reentry Hub that extend the benefits of civic tech beyond just communities big enough to support a brigade.

Because the local brigades are the heart of the organization, we decided not to build around statewide gatherings that would necessarily limit participation by non-local brigade members. Instead, we are planning a statewide “multi-hackathon” in August, a coordinated set of local brigade hackathons with video links between them. Stay tuned for more information.

You can find more details in Jason Hibbett’s Medium post after the event and the notes from the meeting itself. 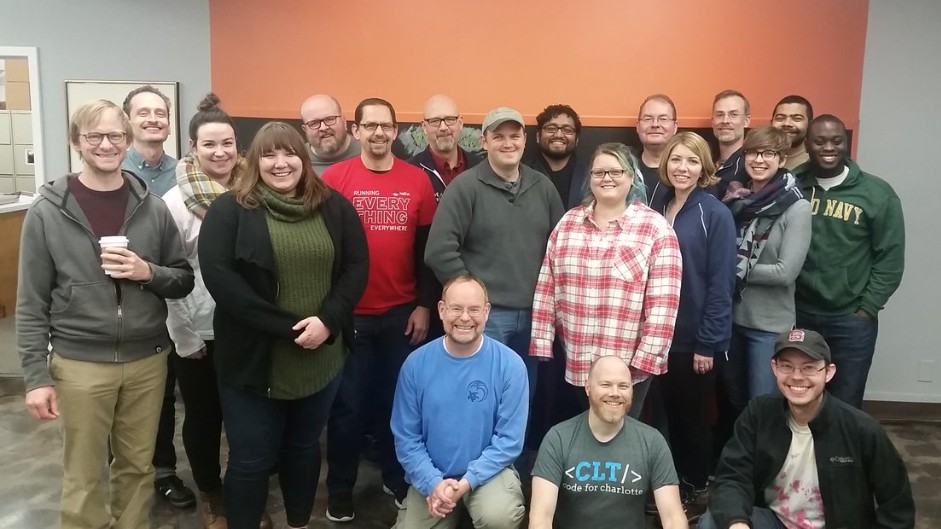