CityCampNC is a three-day event that brings together brigades, government workers and community members for presentations, conversation and hands-on problem-solving. The goal is to promote the power of open collaboration to improve how our governments and communities work.

This was my third straight year attending CityCampNC. I’ve enjoyed and benefitted from each of the previous years, but this time I went with a particular goal: to explore ways for NC brigades to collaborate and support and amplify each other’s work. I’m quite excited about the ways this theme played out during the event. 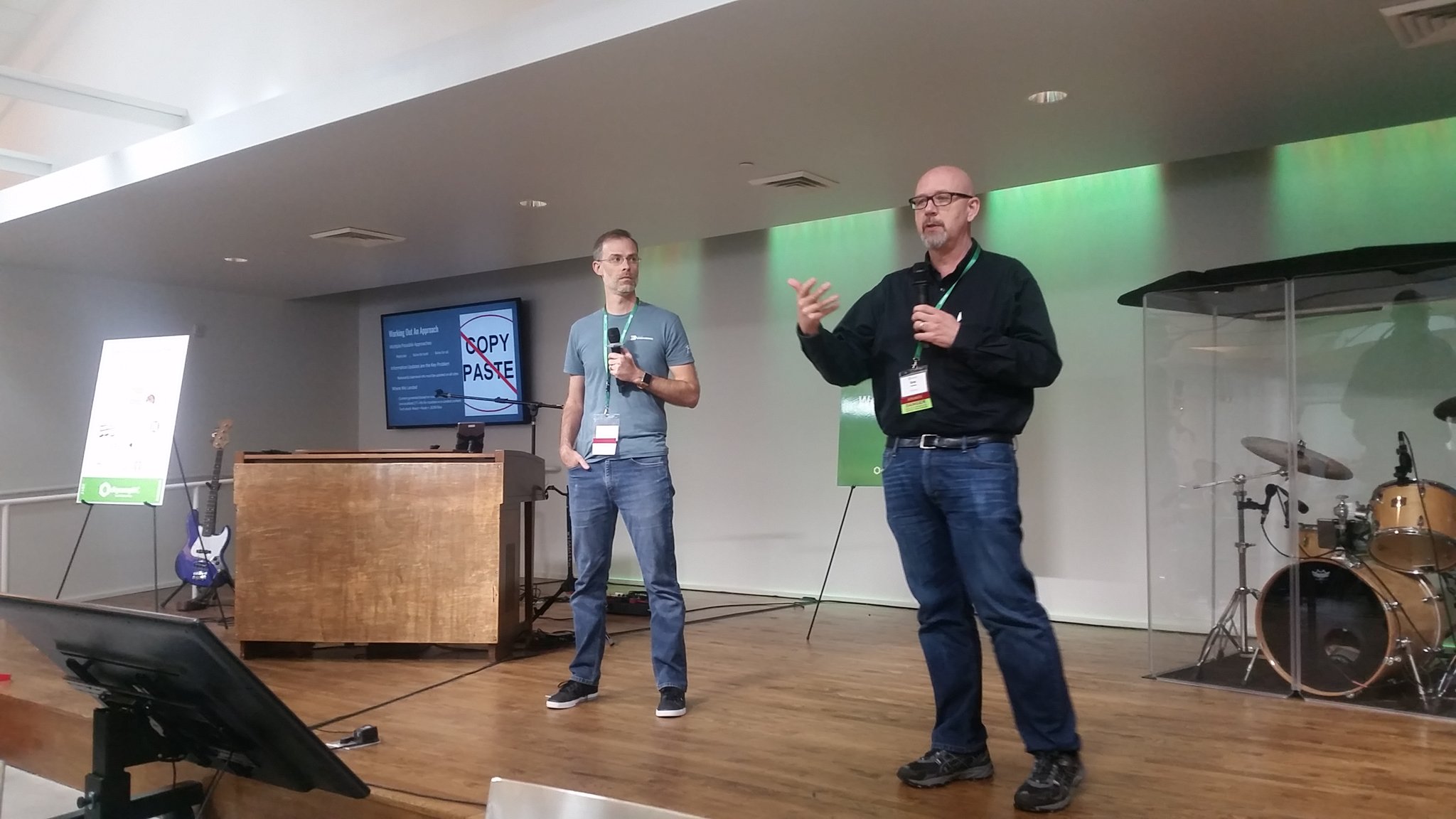 A Journey From 1 to 100 Counties
Co-conspirator Jason Marshall and I kicked off the theme early with a talk on the NC Reentry Resources Hub. Jason had given a lightning talk the night before to introduce the joint Code for Asheville/Code for Greensboro project. In our morning presentation, we focused on our work as a model for inter-brigade collaboration, as well as one for extending the impact of projects beyond cities big enough to support a brigade.

Like Code for Durham’s Open Data Policing project, the reentry hub is designed to cover the entire state. Not every brigade project can or should fit this model, of course, but it’s always worth asking whether a project can be designed to be more inclusive of other parts of the state.

Making Code for NC Real
The second half of Friday was an unconference, a fun, semi-chaotic event in which the agenda is co-created on the spot by participants. Following up on the morning’s talk, Jason and I pitched a session on Code for NC: Making It Real as a way to gauge interest in broader collaboration between brigades. A dozen people from a half-dozen brigades showed up for a lively discussion.

No concrete plans came out of that first discussion, but we learned that there is definite interest in a variety of efforts that might fall under a Code for NC banner, including building a sense of shared mission, supporting brigades that don’t yet have critical mass locally, collaborating on shared projects, amplifying one another’s successes, and rethinking ways to do events that can draw from a wider geography.

We have collected contact information from those interested and will be continuing the discussion after the National Brigade Congress. Let me know if you’d like to participate.

Winning A Prize
Saturday was a hackathon featuring the reentry project and the kick-off of the NC DataPalooza open data competition. I doubted the reentry project could compete with the possibility of winning a $1,000 prize, so I expected to head home early. I got the first part right …

A conversation led to a pitch which led to a delightfully fun day with an amazing team and a much later departure for home. 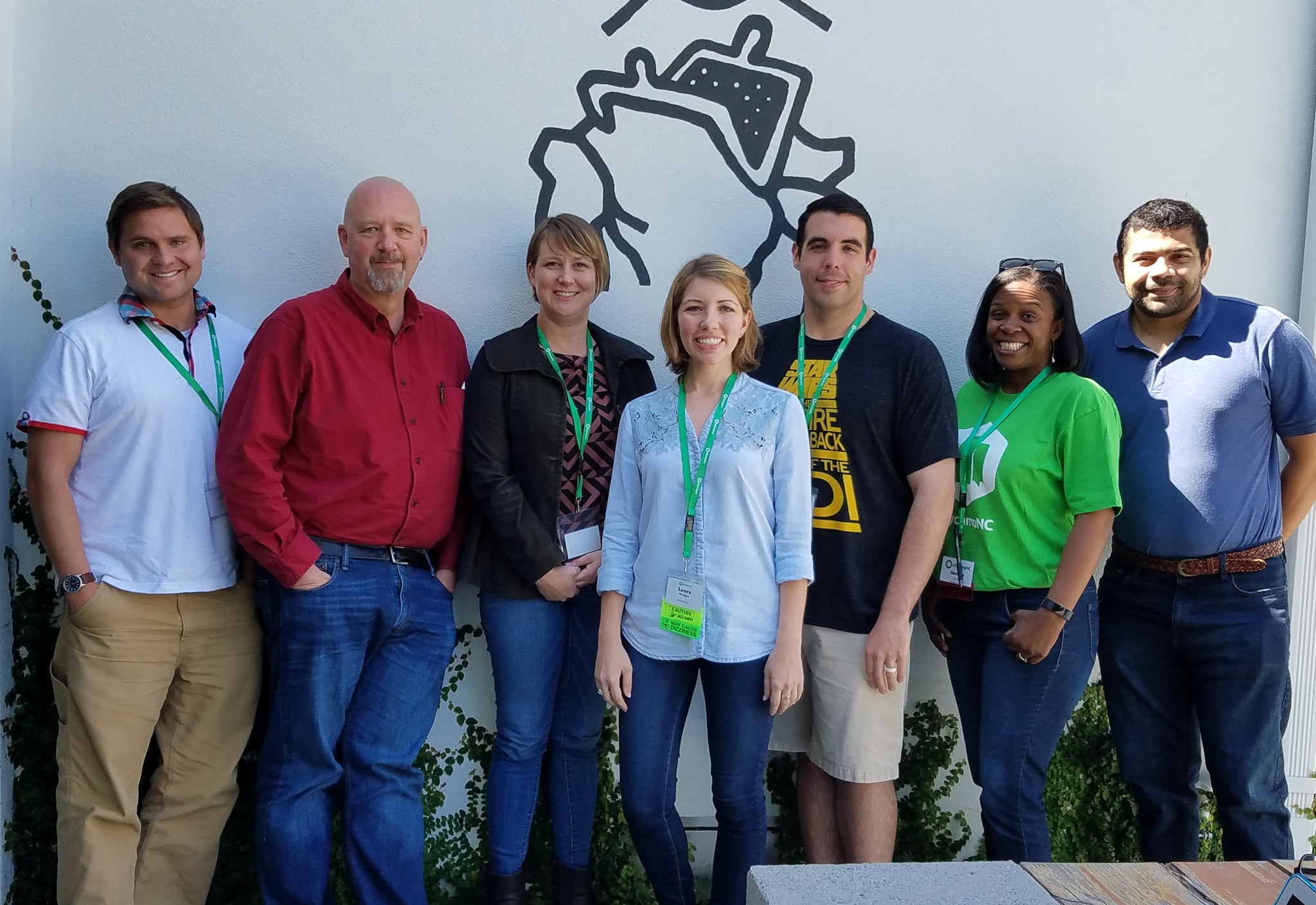 Are We Represented? is a project to gather demographic information on every elected official at every level in NC and to compare it to the demographics of the communities they serve. Potentially interesting on its own, the resulting data is of particular value when combined with other datasets to assess whether disparities in representation translate to disparities in policies and impact on poorly represented communities.

We got started by submitting a public records request through SunshineRequest.com (thanks, Patrick and Jesse!) to the NC Board of Elections for candidate filing data, which we’ll combine with election results and voter registrations to capture demographic information and match it to the eventual officeholder. We also put together a pitch deck and presented to the judges at the end of the day.

And won! Code for Durham is holding the $1,000 to cover project expenses. While I can’t participate in the remaining 6 weeks of the DataPalooza competition due to travel, the rest of the team is pushing on and I’m looking forward to jumping back in after mid-November (let me know if you are interested as well).

With members from Asheville, Cary, Durham and Greensboro, our team’s effort formed a perfect coda to the cross-brigade theme of the event. For me, this year’s CityCampNC was a win all around.